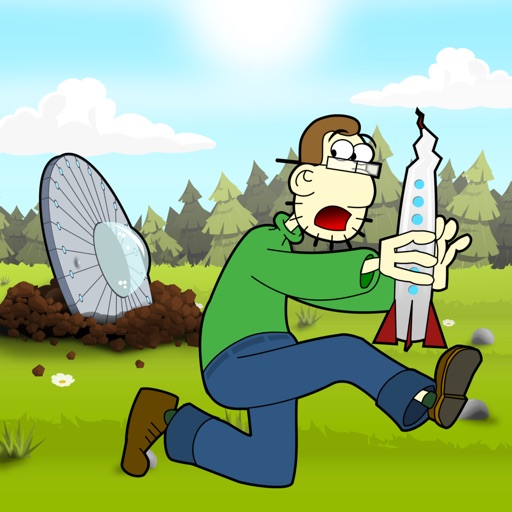 Get "Argh! Earthlings!" and discover the consequences of an UFO crash, accidentally caused by David, a young, slightly left-handed hobby astronomer.
Explore the surroundings of over 50 game scenes. Collect various items and combine them by just a simple finger tap. Discover the secret of a little farm and its residents and help the really upset alien named "Fred" to escape the earth, but don't get caught by the lurking agents...

Everywhere on earth people report unexplainable encounters of the third kind. Some of them report UFO sights, some see symbols or even aliens in corn fields, but no one can claim having shot down an alien spacecraft - no one, but David.

David is a young hobby astronomer who one day shoots down one of these flying saucer using his self-made model rocket. Unfortunately he loses his awareness just in that one second.

Up again he starts his private investigation mission. His adventure does not only uncover unbelievable findings, but it will also turn his complete live upside down...